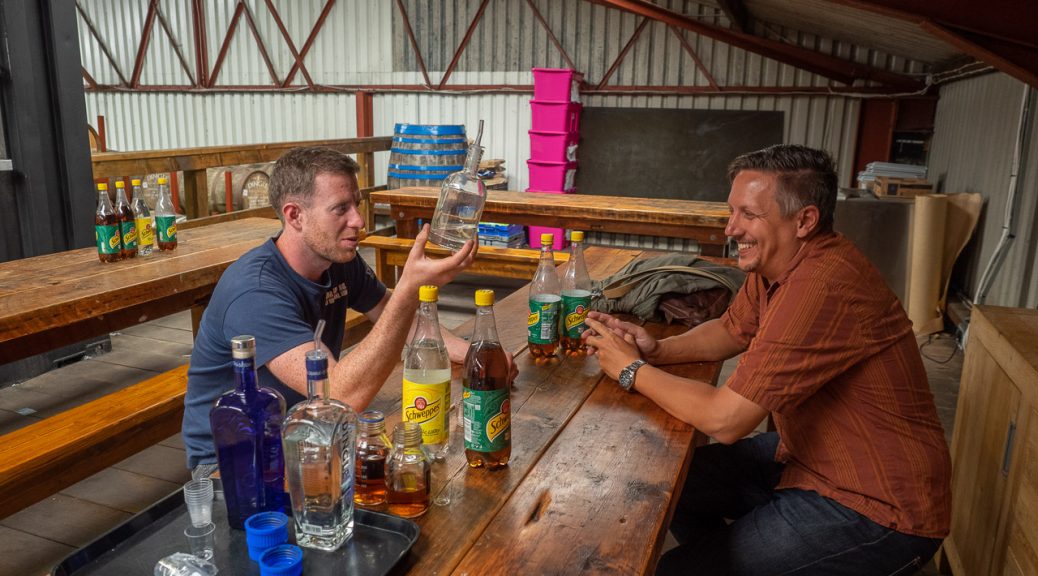 Our travels and photography continued through 2016, but our writing of articles about it did not. We’ve decided to publish our photography with a minimal of commentary in this series of blog posts. The “Lost Galleries” series continues with images from our time spent in Western Ireland.

We spent an evening in London shuffling things in luggage after our South-West England trip. The next day we left for Ireland via a train (London to Holyhead), ferry (Holyhead to Dublin), and another train (Dublin to Limerick). A quick thanks to the Man in Seat Sixty-One where we tracked down train information like this.

We were right back out the next day for Ireland. We did a combo of a train (London to Holyhead), ferry (Holyhead to Dublin), and another train (Dublin to Limerick). A quick thanks to the Man in Seat Sixty-One where we tracked down train information like this.

After a night in Limerick we picked up a rental car and drove north to Aughagower where our Airbnb was located, about ten minutes outside of Westport. We then spent a week exploring around Westport and the Achill Sound, including a 17 mile bike ride on the Great Western Greenway. Neeley still swears that the “last mile” was closer to five last miles…. It’s a fun and scenic ride that is relatively flat ride, except the end bit when you return to Westport.

We were able to spend an evening with a friend who was vacationing in Galway. Meeting with people as we travel, is something we like to do, and we even have a some friends who are members of the “Three Continent Club”, more about that later.

After Westport, we drove down to the Rossaveal ferry to Inishmore, part of the Aran Islands. Our plan was to just spend two days wandering around, but we liked it enough that we extended our stay for another night. We got to listen to live music, and hike around the hillsides. Neeley discovered she liked Red Breast Irish Whisky.

We left Inishmore, and drove down to the Dingle Peninsula for the last part of our time in Ireland. We ate huge portions of fish ‘n’ chips at Reel Dingle Fish Company, drank at the Dingle Distillery and Dick Mack’s Pub, and I even went surfing at Inch Beach (my third continent).

As we left Ireland, we flew out of Shannon Airport, to discover that it was the first airport to ever have Duty Free Shopping. Red Breast was purchased, and we bid farewell to Ireland.