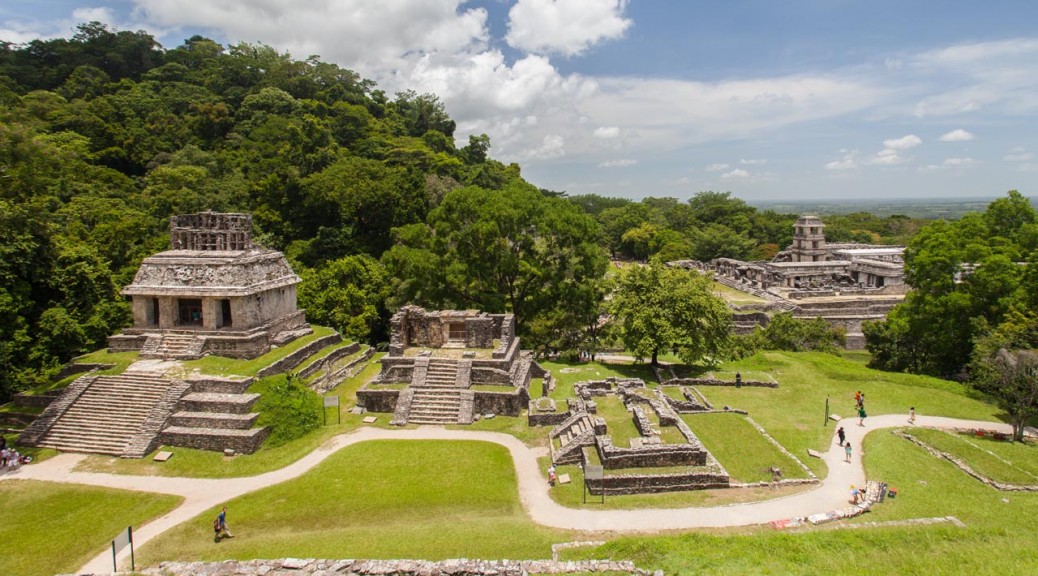 After our week of eating and drinking in Oaxaca, we wanted to head to the Riveria Maya on Mexico’s east coast and chill out at the beach. On the way, we decided to make a stop at the pre-Columbian archaeological site Palenque in Chiapas.

The plan was to drive the eight hours to Palenque, stay the night, visit the ruins the next day, and then drive to Playa del Carmen the following day.  Unfortunately an accident on the highway about an hour from Palenque forced a complete road closure.  After a couple of failed attempts at getting around the closure and then waiting with all the other travelers stuck on the side of the road, we followed a couple of drivers that drove to one of the police officers at the road block. The cars ahead of us stopped for a few seconds and the cop waved them on. So we asked if we should follow them. The officer agreed and off we went, on what became an 18 mile detour on mostly gravel-covered back roads that put us on the other side of the accident.  You can check out or view of the road.   In the end, we arrived at our hotel in Palenque at 2 am instead of 8 pm.  Just a little bit later than our original plan. 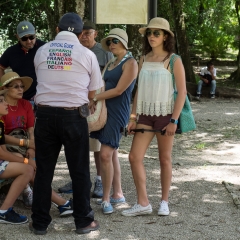 We got a bit of late start the next day and we made it to ruins just before lunch.  Palenque seems larger and more popular than the Teotihuacan ruins, but I’m not sure if it had more to do with the fact that we arrived at Teotihuacan just after it opened, where we did not arrive at Palenque until a couple hours after opening.  Whatever the reason, Palenque was very crowded.

The two sites could not be more different. Teotihuacan was in a large, relatively open area and most of Palenque’s buildings were tucked away in the jungle. It was like something from Indiana Jones. Teotihuacan felt quite grand and powerful, while the buildings at Palenque were  much smaller, but more ornate.  Both sites are still being excavated and restored, so you can watch as the archaeologists work to unearth more clues to the cultures that lived in these cities. You can check out the gallery below and see the difference.

After a couple of hours at Pelanque, the heat and humidity had worn us out. We took a few more photos and went back to the hotel to  relax and prepare for our eight-hour drive to Playa del Carman the next day.