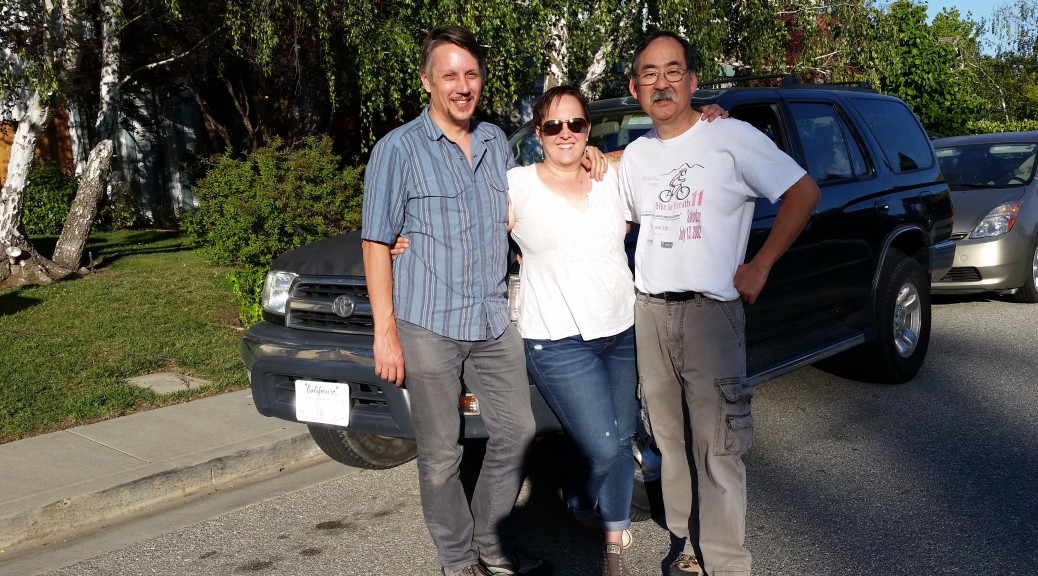 Matt’s in a full-blown panic. He gave notice at work, we secured a 10×15 foot storage unit, and then realized that we still have a ton of things to do before we are homeless in less than two weeks. I’m pretty sure that we can do it, even if it kills us.

However, we did make a big decision about the first portion of our trip. We have decided to drive around Mexico and then down into Central America. Our cars are not the kind you take on a trip like what we have planned, so we began searching for something with 4-Wheel drive and more ground clearance.

We found the Land Cruiser on Craigslist. It was a 2000 that ran well and had, according to the friend of the owner (he was selling it for his friend), about 162,000 miles. We met the guy in a parking lot of a grocery store, not unusual for a Craigslist purchase. We drove it around the lot, up the street, up a steep hill and back again. We tested the 4-wheel drive, brakes, etc. We handed over the money and drove it home, excited that we had the car for our trip.

Then we looked up the CarFax report and couldn’t believe our eyes when we read that it actually had over 370,000 miles on it! We called the guy, who claimed that he didn’t know anything about that. After a bit more searching, we discovered that the owner had been a taxi driver. Crap! Crap! Crap! Now what? We knew that we had to sell it, but how? Who would buy it? Then do we have to spend another full weekend, which we don’t have, looking for a car?

Well, later that evening, I whined a bit on Facebook. Within a few hours, my friend, Ben, popped up and said “Why didn’t you tell me that you were going to buy a car for your trip? I am selling my 1999 Toyota 4-Runner and it only has about 160,000 miles.” Sometimes good things can come from whining.

By Thursday, we found a person to buy the Land Cruiser, don’t worry, we fully disclosed the mileage issue. And we had our car for the trip. Meet Baby, our 1999 Toyota 4-Runner. Baby runs really well and doesn’t have any issues. We’re getting the truck registered today and then on to get some new tires and if Matt will let me, a grill guard because they just look really cool. 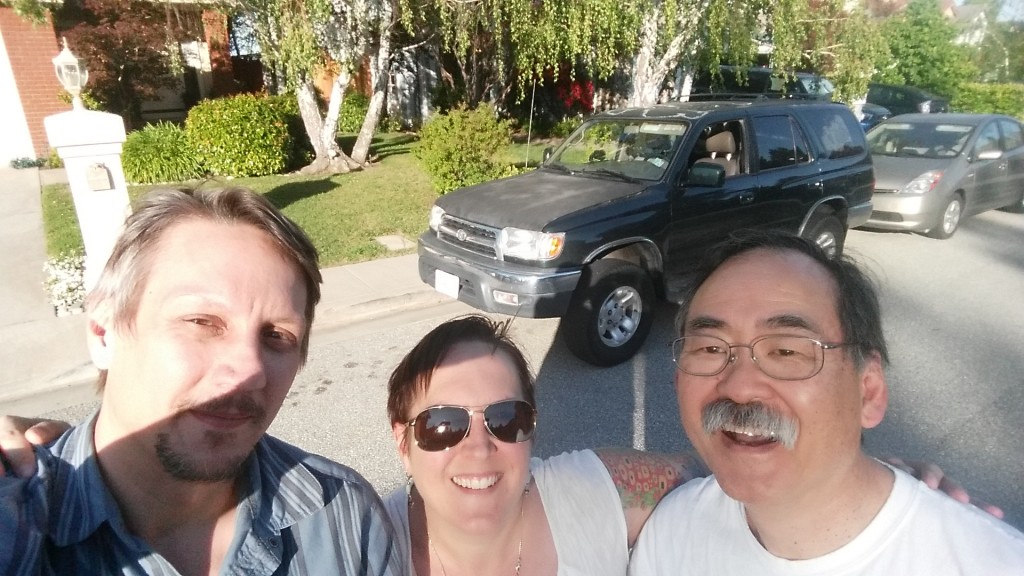 Matt, Ben and I with Baby. Thanks Ben!